Posted by VP Editor on Monday, November 6th, 2017 in Uncategorized 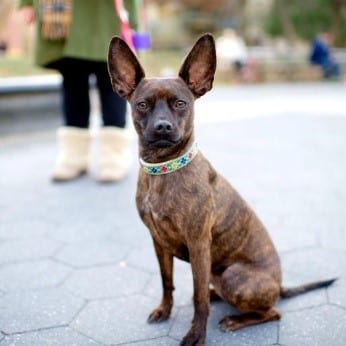 Any dog lover can tell you that hybrid crosses are the hottest trend lately. Below are some of the cuter crosses you’ll come across. Some are strange and have the name to show it, too! 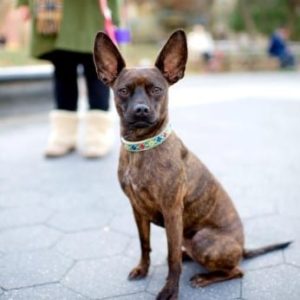 The Bospin is a small size dog that is generally even tempered and very cuddly, loving dog that loves human companionship. They’re very smart and agile dogs that bark very rarely and can adapt to any living environment. They are a recognized breed by the Designer Breed Registry (DBR) and the International Designer Canine Registry (IDCR). 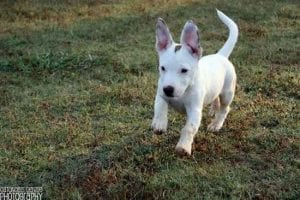 Pithuahuas are a medium size dog that make great companion dogs. They love to run and play with kids, especially outside. They have a short soft coat that sheds very little and eyes that may be green in color. They are a recognized breed by the Designer Breed Registry (DBR) and the International Designer Canine Registry (IDCR) and the Dog Registry of America (DRA). 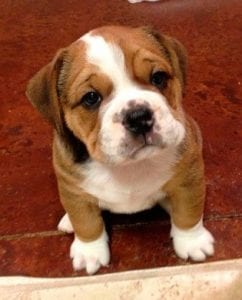 Beabulls are very friendly, even tempered dogs that love to give kisses and make great family dogs. They love to play like a Beagle but have the akward movement of a Bulldog. Beabulls generally have the wrinkly face of a Bulldog and floppy ears of a Beagle with an inbetween coloring. Even though they tend to be lazy dogs, the Beabulls  are known to be impressive jumpers! 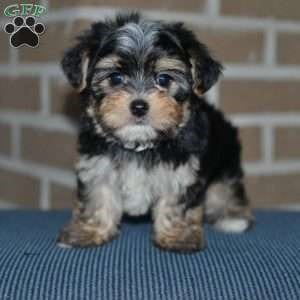 The Morkie has two different known origins, the first in the US and the other in Quebec, Canada. These dogs are great companion dogs but are most widely known and loved for their short, silky coats that don’t shed. Morkies also have an interesting look that can very from dog to dog and litter to litter. The personality of these dogs also can very widely. They are known to be calm and quiet or active and nervous though they are always intelligent. 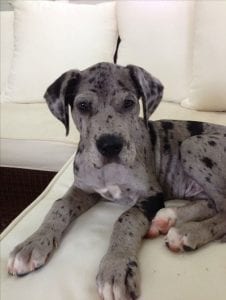 The Daniff is definitely as big as it sounds but they are sweet, loving and protective dogs. They are very loyal dogs that show unconditional love toward their owners. They make good family pets and are very good with other animals. On top of being laid back and low energy, they are smart and funny as well. Daniffs tend to have a soft shiney coat that doesn’t shed much and only bark a small amount. They are a recognized breed by the Designer Breed Registry (DBR) and the International Designer Canine Registry (IDCR) and the Dog Registry of America (DRA). 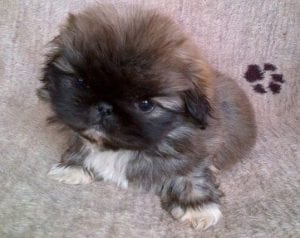 The fluffball known as the Puginese is famous for their amusing look which involves a squished face, long ears and long soft hair. The Puginese are friendly playful dogs that can be quite stubborn and loud snorers. They are always willing to please their owners and love spending as much time with them as possible. They are not generally good with other animals but can be trained at a young age to be more tolerant. 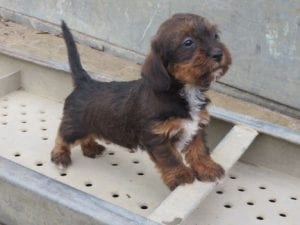 Schweenies are as fun to play with as it is to say their name! They are smart, friendly and loving dogs that are ideal for apartment life due to their small size. They can be a bit moody sometimes but tend to get along with other dogs and never snap or growl aggressively. Schweenies can have a think lustrous undercoat with either a long smooth top coat or a silky, shiny, short haired coat and are generally light shedders. They are a recognized breed by DBR, IDCR, ACHC, DRA, DDKC standards. 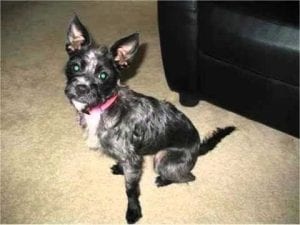 Chizers are a small breed dog that come in a range of blacks, greys and whites. They have the characteristic beard of the schnauzer and the dome shaped head of the Chihuahua. They are very agile dogs that have a very active personality and a bold character. They are very loyal to their owners but do not get along well with small children. Chizers are very intelligent and easy to train and make for great apartment and small home living 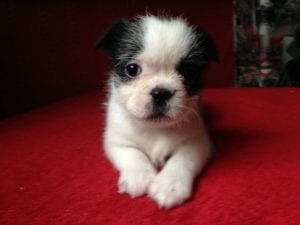 These dogs usually have the face and shaggy coat of a Shih Tzu and the stout body and perky ears of the Frenchie. While these dogs generally have a calm nature they are full of energy and love to play! They are loving, loyal dogs that love to be with their owners and are great with kids as well. Bullshits are considered a toy breed and do not grow very large but can still be stout, weighing in at almost 30 pounds! 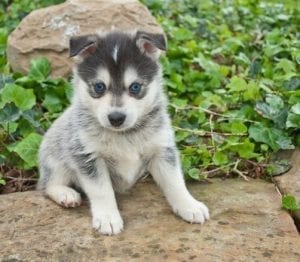 The Pomsky is a newer cross and so does not have a specific look or temperament associated with it but one things is for sure, these pups are cute! While the physical look can be unpredictable, the breeders of these dogs tend to favor the Husky look but smaller in size. The crossing of these dogs has to have the Pomeranian as the male and the Husky as the female to avoid any complications that would occur with a small dog carrying a large dog’s litter. They usually have a lot of energy and are extremely playful. They are also highly intelligent and can sometimes have the Pom’s stubbornness.  Pomsky’s are looking to be the hottest dog of 2017.

Whether or not you have one of these cool new breeds, mixed, or traditional breed you might consider preserving their DNA.  Simply call us at 888-876-6104 to learn more about Genetic Preservation and Cloning for your dog.