Posted by VP Editor on Monday, November 13th, 2017 in Uncategorized 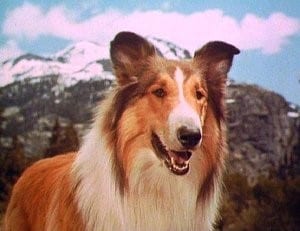 Whether from TV, cinema or the Internet there are so many dogs we have come to love and value through the years.  Not only do our own beloved pets bring us true unconditional love, but dogs around the world have been giving us an everlasting enjoyment.

Now let’s start with movies and TV.  These dogs have impacted us and stayed with us even after their debuts. 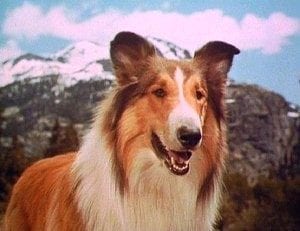 Pal was a female Rough Collie who was the original Lassie.  She played in a variety of TV shows and films, but most famously in Lassie Come Home.  She is one of three who owns a star in the Hollywood Walk of Fame plus a couple of Emmy awards for her films. In a unique fact, even though she is female she played male dog actors most of the time.  More than that, her history is rooted from acts of bravery and courage during World War I. 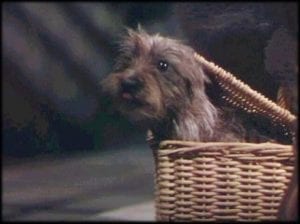 Terry was a female Cairn Terrier whose most famous role was in the Wizard of Oz.  She received a record paycheck of $125/week.  In addition she appeared in 15 other movies before passing at the age of 11. 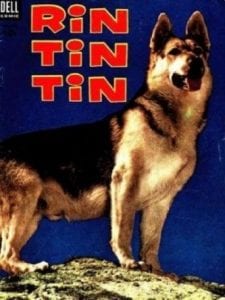 He was a male German Shepherd dog rescued by an American soldier from a World War I battlefield.  He trained the dog and obtained silent film work which made Rin Tin Tin famous. He went on to appear in 27 Hollywood films bringing much fame and success to Warner Bros. studios. Rin Tin Tin was so famous that he received the most votes for the first Academy Award for Best Actor; however, the academy determined that only humans can hold that honor. Because of his fame, Rin Tin Tin made german shepherds a more popular household pet. 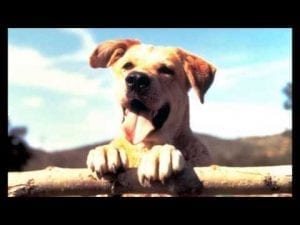 Spike was a rescue dog Labrador Retriever/Mastiff mix whose rise to fame was in one of the most heartbreaking canine films to date. This novel turned to film captures the heartbreaking sense of loss that comes when a beloved pet is suddenly taken away.

Now here are a few animated characters that we have come to love and be entertained by throughout the years. 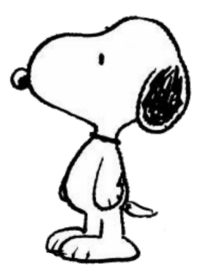 This fictional Beagle has won the hearts of many with his good natured character since 1950 in Peanuts. 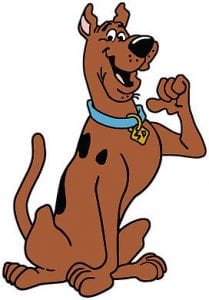 Starting with the TV series in 1969, Scooby Doo quickly gained famed on Saturday mornings.  To this day, you can catch reruns of the hit series.

Lady and the Tramp 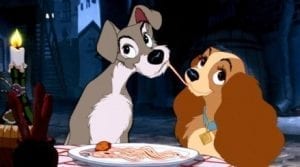 This whole movie is about dogs!  A variety of breeds were studied and portrayed in this film.  But the most famous are Lady and the Tramp’s romantic adventure story.  Though its original release date was in 1955, it is probably known as the most classic animation film about of dogs. 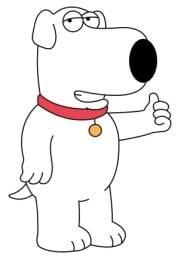 Brian from the Family Guy is an anthropomorphic animated character that has been well-known since the first show in 1998.  This twist to a famous dog character has captivated individuals of all ages.

In recent years, with the advancements of the Internet, social media exploded in popularity. 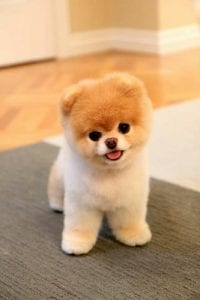 With over 17 Million Facebook Likes, Boo was one of the first dogs to make it big on the internet and is the most followed to date. 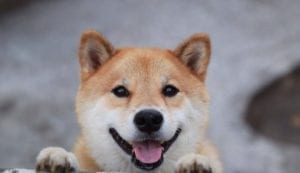 The second most followed dog with over 2.6 million followers, Maru lives with his owners in Japan and he just might be the happiest looking with his contagious smile.

There are so many famous canines to choose from for this list, but these are some of my all-time favorites.  These favorites are no way close to the unique bond we have with our pets.  If you have a beloved pet with a truly one of a kind unconditional bond consider preserving your pets genetics with the ViaGen Genetic Preservation service.  Visit https://viagenpets.com/ or call 888-876-6104 for more information.