Are Cloned Pets as Healthy as Other Pets?

Are There Any Health Considerations When Cloning a Pet?

The first question most people have when they find out they can clone their pet is, “how much?” The answer, a lot. For the people that can get past that, the next question is, “will the clone you deliver be as healthy as my original pet?”  And the answer to that question can be a bit more involved.

There are a lot of rumors and stories out there about cloned pets and their health and many of them originate with the first widely known clone, Dolly the sheep. One of the most common arguments you’ll hear against cloning is that the built-in biological clock that every animal has which is believed to have a large control on aging and death, telomeres, are not re-set during the cloning process. The myth is that if a cell from a six year old animal is used to make a clone then the resulting clone will have a functioning age of six years at birth. This is one story that is told over and over about Dolly. While Dolly’s telomeres did appear to be shorter than other sheep of a similar age they were not telomeres of an old animal. Extensive health screens carried out at the time failed to identify any abnormality that would suggest premature aging. 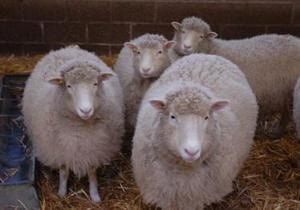 The reality is that cloning has been shown to reset telomeres during the embryo creation process and a cloned pet that is born, no matter the age of the donor cell, will have telomeres that look and act normal for a newborn animal. Studies show that telomeres are age-appropriate in all tissues of the animal and many clones alive today have lived long, healthy lives. Of course, illness happens and it is always best to make sure that you maintain a good relationship between your pet and your veterinarian.

Dolly is said to have died from a cloning related illness and people use that as an argument to show that all clones are severely damaged animals that suffer and have health problems all their lives. While Dolly did die a little prematurely, the cause of her death was not an extraordinary one. Dolly ended up contracting a common illness in sheep which is, unfortunately, incurable. The virus she contracted causes a disease known as sheep pulmonary adenomatosis, or SPA. It is a disease that passes quickly and easily through sheep that have close contact with each other. Because the clones were all housed together it was only a matter of time before they all succumbed to this highly contagious disease once one of the animals contracted it. Fortunately, before she died Dolly was able to have two healthy litters of lambs. Her genetics were even preserved and she has since been recreated, with four clones of Dolly living out healthy lives in England.

Cloning technology has come a long way in the twenty years since Dolly’s creation. While there may not be much data to look at in terms of the health of cloned cats and dogs just yet, there is no reason to think that there will be an increase in notable health problems that are not already seen and treated in other species. The few dogs that have been cloned are living normal, happy healthy lives and are even joining the work force! And, of course, Viagen Pets always provides our clients with a veterinarian inspected healthy puppy or kitten.